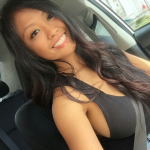 Bhutan is a tiny country in the middle of the Himalayan foothills in the south. It is situated between China and the Republic of India. The elevation covers 38,394 km2 and has a population of 0.73 million people. Bhutan is a cultural and linguistic treasure trove. Regularly, several celebrations are held here. Every hamlet in this country has its own festival, the most well-known of which is the yearly Tshechu, a particularly religious event in this region. People in Tshechu dress up and assemble at a neighboring monastery or temple.

Punakha Dzong is known for its magnificent structure and is Bhutan’s second largest Dzong (The Land of Thunderbolt). The Dzong, one of Bhutan’s most popular tourist destinations, speaks eloquently about Buddhist culture’s rich legends and traditions. This is an absolute must-see on every Bhutan vacation.

Punakha is Bhutan’s winter capital, and the country’s chief clergy spend the winter in this popular Dzong. The Punakha Dzong is located at an elevation of 1,200 meters, and no one ever suffers from altitude sickness or a lack of oxygen at this elevation, so if you are thinking about trekking in Bhutan, you can strive for higher places such as Paro Taktsang or Tiger’s Nest, which is a great destination for beginners.

#2. Paro Taktsang The Cliff Side Temple

The Taktsang Monastery, also known as Tiger’s Nest, serves as the beginning point for a meaningful journey in Bhutan. This important holy location is situated on a cliff in the picturesque Paro Valley, one of Bhutan’s most popular tourist sites. Even now, the details of the self-arisen image can be observed on the stone cliff. Because this is a holy place, the Guru announced that anyone who has a retreat here would get Mahamudra siddhi. The only way to experience it is to include it on your list of things to visit in Bhutan and be amazed at what this holy journey has to offer your spirit and brain.

The bowl-shaped Phobjikha valley in Wangdue Phodrang is nestled against the western slopes of the Black Mountains and offers breathtaking views of vast swaths of green fields. It is home to the endangered black-necked crane, which spends the winter here. The Phobjikha valley, also known as Gangtey, is one of Bhutan’s only glacier valleys.

The valley, which borders Bhutan’s only wildlife sanctuary, Jigme Singye Wangchuck National Park, is 3000 meters above sea level and substantially cooler. It is a winter home for black-necked cranes that fly from Tibet to avoid the harsh winter and is one of Bhutan’s most important conservative sites. Electricity consumption in the valley began only a few years ago, virtually unnoticed by the public.

Bhutan, the nation of happiness, has a lot to offer travelers in terms of locations to visit and things to do. However, before organizing a vacation, you must select the best tour operator in Bhutan, as you will be escorted and advised by the travel agent. If you are unfamiliar with travel agents, Norbu Bhutan Travel is one of Bhutan’s best and most reputable.

Why Should You Rent Rolls Royce Wraith?