How To Become A Music Producer 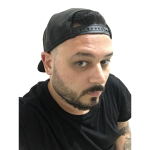 So you want to make music but aren’t sure how to become a music producer? What could be better than going from creating beats in your bedroom to traveling the world performing in front of sold-out crowds?

It sounds like a dream! Well, anything is possible if you don’t give up.

Whether you’re just starting or producing for a while but haven’t had much success, this guide will help you become a music producer.

So let’s get started!

5 Steps How To Become A Music Producer

Here are the five steps to go from beginner to music producer:

1. Get a basic understanding of music theory

There are many ways you can go about this – find some tutorials or online courses that can teach you the basics of music theory.

You should learn the key signatures, chords, how they are constructed, and the interval from any root note. You should also learn the basics of how to play the piano.

You should also analyze song structures from the genres you are interested in.

While it may seem tedious at first, it is what will help you to take your beat-making to the next level and produce the next banger.

2. Learn the software and tools used in music production

FL Studio, Logic Pro, and Ableton Live are the most popular beat-making software programs. But, first, you’ll need to learn the fundamentals of recording, creating beats, and mixing audio.

You’ll also need to master the different plugins and tools used in music production, such as EQ, filters, compression, and reverb.

If you’re just starting out, it’s essential to find some tutorials or online courses that can teach you these skills, either on YouTube or a site like Skillshare or Udemy.

It may be tempting just to jump straight in and try to make some beats, but you will have to constantly stop your creative flow to learn how to do different things in the software, which leads to frustration.

So first, take some time to master your DAW (Digital Audio Workstation).

3. Start making your own music

Once you’ve got a handle on the basics of production, now comes the fun part! It’s time to start creating your own music.

This is where your creativity and imagination come into play. Start by coming up with ideas for songs, then experiment with different sounds and instruments until you find something that works.

Don’t be afraid to try something new or different – that’s how you’ll find your own unique sound. It will also help you stand out from other producers and get noticed, rather than just imitating your favorite artists or following the latest trends.

Try out new techniques, sounds, and ideas until you find something that feels right for you.

And always remember: there are no wrong answers in music production, so go ahead and let your creativity flow.

4. Collaborate with other musicians

One of the best ways to become a music producer is by collaborating with other musicians and producers. This will not only allow you to gain valuable experience, but you’ll also be able to learn new techniques from other people in the industry.

So don’t be afraid to reach out and collaborate with others on your musical journey! Building a network also can lead to further opportunities in the future.

5. Release and promote your songs

The last step how to become a music producer is that once you’ve got a few songs under your belt, it’s time to shop them around to industry professionals. This can be a tough process, but it’s important to keep at it and not give up.

Start by sending your music to bloggers and independent radio stations.

Suppose you can get some positive reviews and exposure. In that case, it will make it much easier to get your music heard by record labels and other industry professionals.

You can also independently release your music on YouTube, iTunes, and Spotify. Then use social media platforms such as TikTok and Instagram to build a dedicated fan base.

Remember that it takes time and practice to become good at producing music, so don’t get discouraged if things don’t sound perfect at first. The important thing is to keep working at it and never give up on your dreams of becoming a successful music producer!

Thanks for reading, and we hope this guide has helped you on your journey to becoming a successful music producer. Best of luck!

Skyler Benson is a full-time blogger who writes about online business, writing, and creative side hustles.